We are taking the threat of COVID-19 very seriously. Click here to find out what our firm is doing.
Skip Navigation 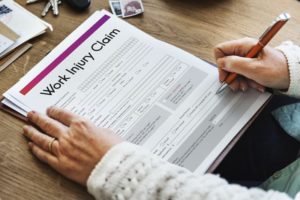 Many jobs carry with them considerable dangers and hazards. When workers suffer any kind of injury related to their employment, they may have the ability to seek justice through a workers’ compensation settlement.

In many cases, workplace injuries include back or neck injuries that result in herniated discs in the spine. Herniated discs can cause severe pain and the need for additional medical procedures, hospitalization, physical therapy, and prescription medications. Herniated discs also cause lost wages due to the inability to return to work.

If you suffered a herniated disc as a result of an injury in the workplace, learn about your right to pursue a Portland workers’ comp settlement for a herniated disc by visiting with an experienced attorney at Jodie Anne Phillips Polich, P.C. today.

What Is a Herniated Disc?

The spine consists of small bones known as vertebrae. Each one of the vertebrae links together and creates a form of protection for the entire spinal cord.

The vertebrae help in the movement of the spine and also provide support for the entire body. The discs between the vertebrae provide a cushioning between the bones that allow them to move more easily. When one of these discs slips or ruptures, it is considered a herniated disc.

Symptoms of a Herniated Disc

What Types of Medical Treatment Does Workers’ Compensation Cover for Herniated Discs?

Every person will have a different experience, as well as other facts and circumstances surrounding their herniated disc and injury in the workplace. However, according to the Mayo Clinic, common treatments may include:

Costs of a Herniated Disc in Portland

The costs of a herniated disc in Portland can include:

Every case is different, making it impossible to put a dollar figure on a claim in advance. Talking to an attorney at Jodie Anne Phillips Polich, P.C. can help you understand how you can pursue a fair and just Portland work comp settlement for your workplace herniated disc injury.

Why Do Insurance Companies Fight or Deny These Claims?

Insurance companies often use manipulative tactics to avoid paying a full and fair settlement to victims who sustain herniated disc injuries in the workplace. Their ultimate goal is to provide as little compensation to an injured worker as possible.

Insurance companies may use strategies and deception to offer a settlement package for less than a victim deserves. In some cases, insurance companies will attempt to record a conversation to later use a victim’s words against them or even try to talk to a victim while they are still in the hospital immediately following their injury in the workplace.

Ensure you get help from a workers’ compensation attorney to help you understand the amount of compensation you may have a legal right to receive under the law.

How Much Is a Workers’ Compensation Settlement Worth for a Herniated Disc in Portland?

Every settlement will be for a different amount because the severity and circumstances will be different for every herniated disc related to a workplace injury. However, you may have the ability to receive compensation for the following:

There is no exact or average workers comp settlement amount for a herniated disc. Consulting with an experienced attorney can help you better understand your legal rights, including how much compensation you might have the legal right to pursue.

If you suffered a herniated disc due to a workplace injury, you likely feel frustrated and overwhelmed. Meeting with our Oregon workers’ compensation lawyer about your herniated disc claim could help you get the answers you need and ensure that your legal rights remain protected.

Injured at work but not reported?

If you did not report your injury to your supervisor or employer within the 90 days allowed by Oregon to file a claim for injury, it is possible to extend the time to file your claim to one year, but...